Endorsement of Ryan Kelley for Governor of Michigan by Londa Gatt, Bikers for Trump.

“First, a bit of History. Last year when Governor Whitmer shut down Michigan, five different protest groups were formed and set to take center stage at the Capital in Lansing. Several of the groups, including mine, decided to unite and join forces with Ryan Kelley’s group.

From the beginning, Ryan has shown conservative leadership skills that set him apart from anyone else that I have ever met. I can say with confidence that he will not sell out his principles, nor ours, for votes or for lobbyists.

He is a true constitutional grassroots Patriot that truly loves his country, freedom, and stands for traditional family values. God is first and foremost in his family.

From day one, our weekly meetings opened and closed with prayer, giving thanks to our Savior. Michigan needs a true Christian that isn’t afraid to take a stand for our conservative values.

It is time that “We the People” unite statewide to take back our state from the radical, tyrannical Governor Whitmer. Ryan will represent and fight for us all. Michigan will become great again with your vote for Kelley.

Ryan has stated that without honesty and transparency, you cannot truly work for the people. His Michigan First Policies are created to give the power back to the people.

Please join me and vote for the only candidate that will have our backs – Ryan Kelley for Governor. Patriots must unite statewide to take back our state. 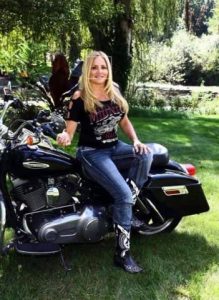 Executive Board member for the Macomb County GOP Grassroots Director,

Second Amendment Board Member, and

Life Member of the NRA